PRESS RELEASE- 18 May 2020
BELOFTEBOS: IT'S ABOUT FREEDOM
Following the opening of the legal case against them by the South African Human Rights Commission (SAHRC), the owners of Beloftebos today filed their opposing papers with the Cape High Court (Equality Court). In their papers, the owners of the wedding venue near Stanford, Hermanus, deny that their venue policy amounts to unfair discrimination against LGBT+ people. Importantly, they are also asking the Equality Court to find that the SAHRC unfairly discriminated against them on grounds of conscience, religion and belief, and that the Commission is biased and prejudiced in its treatment of them and their belief system.

The SAHRC’s case against Beloftebos is based on an incident that took place in 2017, when Beloftebos declined – on grounds of their Biblical conviction that marriage is between a man and a woman – to host, participate in and help to celebrate a same-sex wedding at the venue. Even though the couple subsequently married at another venue in the area and now live in the USA, the SAHRC – acting on behalf of various other complainants – have decided three years later to institute legal proceedings against Beloftebos. In their application, the SAHRC is effectively asking the Court to declare that Beloftebos’ venue policy is unconstitutional, and to force them to host same-sex weddings at their venue.

Significantly, the reason the owners decided to operate a wedding venue in the first place was as a consequence of their deep religious convictions regarding the meaning and purpose of marriage. For them, marriage is a religious rite (sacrament) - a covenant relationship between a man and a woman instituted by God Himself and which, in the Christian faith, reflects the relationship between Jesus Christ (the Bridegroom) and His Church (the Bride). For this reason, they would equally decline to host any other event that conflicts with their Biblical faith and beliefs. For example, they would not allow a Halloween party, a séance or fortune-telling activities at their venue, nor would they host a polygamous marriage celebration.

The owners of Beloftebos have stated clearly that “all people, whatever their sexual orientation, are always welcome and will be served at our venue. We draw no distinction between people as far as serving them, catering for them or allowing them to use ‘our’ facilities is concerned. This is one hundred per cent in line with what Jesus requires of us. However, when we are approached to assist in something which we sincerely believe is not in line with Jesus’s teaching we cannot, for the reasons already set out, in good conscience comply. Our decisions have absolutely nothing to do with a person’s race, gender, sexual choices, economic standing or any other personal factor but are purely based upon our desire to do what is right before God in accordance with our beliefs.” According to Michael Swain, Executive Director of Freedom of Religion South Africa (FOR SA), “The Christian Scriptures and view that marriage is exclusively between one man and one woman is one of the most ancient teachings and has been observed and celebrated for nearly 2,000 years. It has been practiced as a religious sacrament long before it was regulated by any law. Our South African legal system did not create marriage, it simply recognised and regulated an institution which predated the very existence of our nation.”

He further states that: “This case will have far-reaching implications. If the Court decides against them, the owners of Beloftebos will be forced to participate in and celebrate events that violate their conscience, religion and belief or alternatively be forced to close their venue and cease to offer their services. However, the outcome of this case will equally affect every goods and service provider in South Africa, who will then be able to be forced to do work or perform services which they may fundamentally disagree with. Ultimately, this case is about freedom – the freedom for all of us to choose to live our lives in a way that is consistent with our beliefs. It is thus possible to support same-sex marriage and at the same time to stand with Beloftebos, because if the Court can force them to perform work that goes against their conscience, religion and belief, it can force anyone to do so.”

PRESS RELEASE - 4 August 2017
THE FACTS:
On 26 July, Beloftebos Wedding Venue received an online enquiry to host the same-sex wedding ceremony of Ms Alexandra Thorne and Ms Alex Lu. The completed form stated that “my [fiancé] and I intend on getting married in the US next year, and would like a more formal ceremony in SA. I'm a Cape Town native. She's from the US. We're both in love with the venue, and hope you're open to same-sex couples :)”

In response to the enquiry, we replied as follows: “Dear Alexandra and Alex. Thanks so much for your enquiry. We really appreciate your compliments of the venue. However, unfortunately we will not be able to host your wedding. Warmest regards.”

In response to the couple’s further enquiry “if the issue [was] with the dates”, we replied that “the issue is indeed not with the dates. The reason is that we only host heterosexual marriages. We wish not to offend with this but it is our venue policy.”

On 1 August, we received an e-mail from one Prof Pierre de Vos, alleging that we are breaching the law and “can be dragged before the Equality Court and made to pay a fine”. He threatened that we would “also be forced to change our policy. Bad publicity will also follow”, and demanded that we “change [our] policy within 48 hours”.

On 2 August, the same Prof de Vos sent an e-mail to the South African Human Rights Commission (SAHRC) (and copied us into an e-mail), requesting the SAHRC to investigate the matter and “hold Beloftebos accountable in some way”.

Prof de Vos also sent us a further e-mail, threatening to “take [us] to the Equality Court because of [our] homophobic discrimination”. The same e-mail said that he has “started a social media campaign and reached out to various journalists to publish [our] homophobia”.

Since then, we have indeed suffered a vicious public attack on the Beloftebos Facebook page and other social media, replete with threatening, offensive and hateful comments.

The venue’s position:
We, the owners of Beloftebos are Christians who seek to honour and obey God in everything we do, including the way in which we operate our business (the wedding venue). While the venue is available to people of all race, our Biblical conviction is that marriage is reserved for a life-long commitment between one man and one woman. This is a deeply held belief (not only for us, but for the vast majority of Christians around the world for over 2000 years) and is a foundational part of our faith as Christians.

This belief in turn guides our venue’s policy. It is our conscience before God which prohibits us from hosting any other kind of “marriage” on our property – not a fear or hatred of homosexual people (“homophobia”) as we have unfairly been accused of. For us, to host (and thereby enable, or celebrate) a same-sex “marriage”, would be to dishonour and disobey God – potentially with eternal consequences. This is too great a cost and if forced to compromise on our faith, we would have to “obey God rather than men” (Acts 5:29).

At the same time, we appreciate and respect that South Africa is an open and democratic society where people are free to live their lives as they choose – including the right to conclude same-sex “marriages”. We respect this freedom of choice, and simply ask that our freedom of choice (to believe, and live our lives according to, the Bible) be respected also. Our Constitution does not require everyone to believe the same, and does not punish people for holding divergent beliefs and opinions.

We have taken legal advice and been advised that the Constitution prohibits unfair discrimination on grounds of conscience, religion and belief (s 9) – and specifically also guarantees freedom of conscience, religion and belief as a fundamental human right (s 15). As such, it is not correct that our decision (based upon our religious convictions and beliefs) not to host same-sex wedding ceremonies automatically amounts to unfair discrimination or is illegal. To date, no South African court has found that this is the case.

In relation to the malicious public attack on Beloftebos’ Facebook page and on social media, we have been advised to consider laying charges of crimen injuria with the SAPS and to lodge a complaint regarding the abuse of our right to dignity and the exercise of our freedom of religion. We sincerely hope that this will not be necessary, and trust that this statement will clarify our position. However, should we continue to suffer threats, harassment or hate speech, we may have no alternative but to follow our legal representatives’ advice and take the necessary legal action, which could include an application for a protection order.

Finally, and to the extent that Ms Thorne and Ms Lu may feel disappointed by our response to their query, we want to assure them that we never intended any malice or judgment towards them. While we do not expect them to agree with our Biblical convictions, we trust that they will respect and appreciate our position. We hope that they will find a suitable alternative venue which will be happy to host their ceremony and celebrate what is a special occasion for them.

Issued by:
THE OWNERS OF BELOFTEBOS 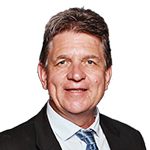